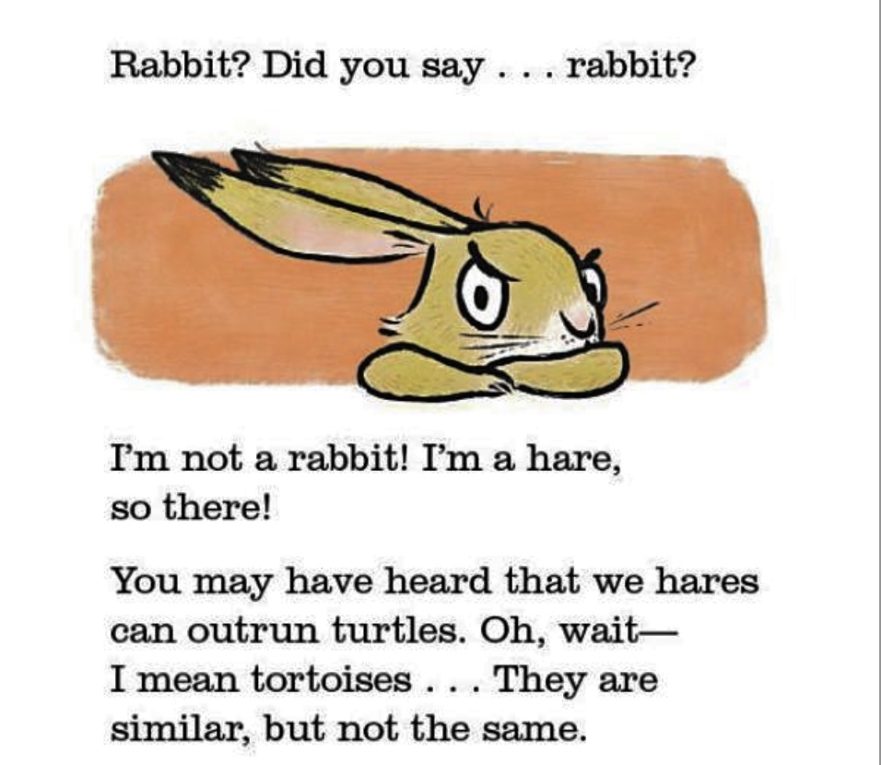 When a chipmunk mistakes Hare for a rabbit, Hare puts him in his place.  Actually, the chipmunk is a SQUIRREL. Or so he says.  🙂

The clever dialogue between the characters on the differences between commonly mixed-up animals is a sneakily educational readaloud.  It offers a gentle lesson on appreciating differences and standing up for what you know to be true about yourself.

My next lesson will be April 12th. 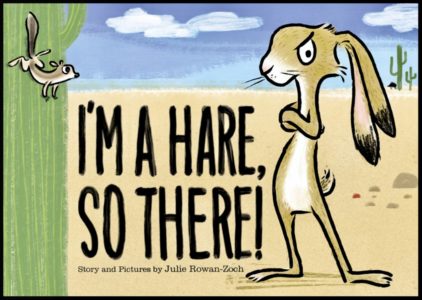 Jack the Hare responds poorly to being called “rabbit” by a fellow desert animal, despite mistakenly referring to the ground squirrel who calls him a rabbit as a “chipmunk”.   As Jack arrogantly attempts to enlighten the squirrel on the distinctions between a rabbit and hare, he mixes up turtles and tortoises along the way.

Like sheep and goats, or turtles and tortoises, rabbits and hares may look similar, but hares are bigger, their fur changes color in the winter, and they are born with their eyes wide open. As the ground squirrel (not to be mistaken for a chipmunk (even though Jack cheekily calls it “Chippie”) and Jack engage in playful discussion about animals, a sneaky coyote prowls after them through the Sonoran Desert. 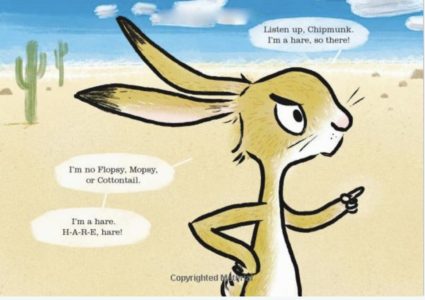 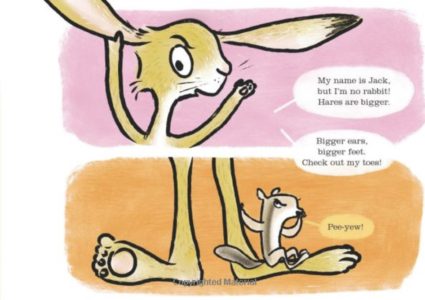 Ever wondered about the difference between a turtle and a tortoise? Or a sheep and goat? So have Rabbit and Chipmunk—er, I mean, Hare and Squirrel! This hilarious look at dynamic duos in the animal kingdom pokes fun at the lookalike animals we all love. 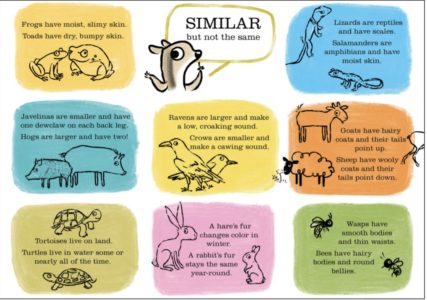 I’m a Hare, So There! also includes a quick guide to easily discernible differences between commonly misidentified critters, from frogs and toads to ravens and crows. A guide at the end invites our children to go back and hunt down various desert animals slipped onto the pages, providing additional interactivity and enjoyable re-viewing potential. 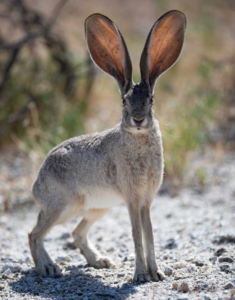 Well, the obvious answer would be a rabbit but actually I’m a Hare. Hares tend to be larger than Rabbits. My buddies and I tend to have ears that are around eight inches long. We usually weigh anywhere from six through thirteen pounds. Did you know I can run up to thirty-five miles per hour! I can also leap really high too, fifteen feet to be exact.

WHERE DO I LIVE? 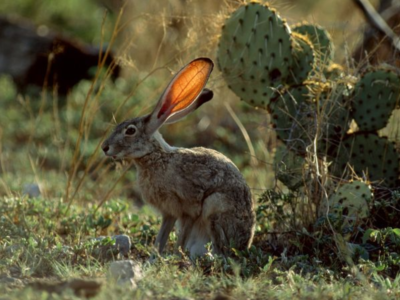 Have you ever seen me in the Sonora Desert?  If you have, well, that’s because I live in Arizona.  Not only will you find me in Arizona but in the northern part of Mexico, too.

HOW DO I LOOK? 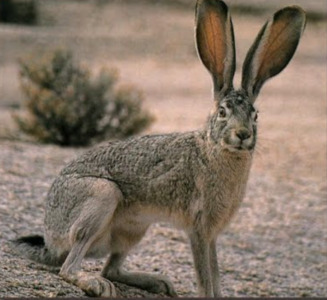 I’m one of the largest hares in North America. I have long, white, skinny ears that help me listen to dangerous predators. I also have big eyes that are placed on the upper part of my head. This allows me to see predators coming from all directions. Another thing about me is that I have large feet which allows me to quickly run in zigs and zags from predators.

HOW DO I REPRODUCE? 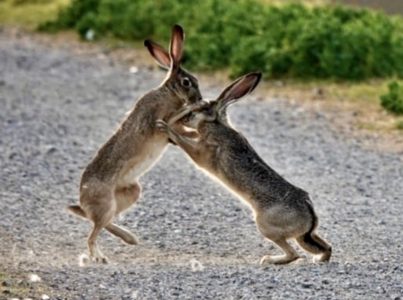 Jackrabbit babies can be born at any time of the year. A litter usually consists of one through five Hares. The way we find a lovely lady to have children with is by having a “boxing match” with another male Antelope Jackrabbit. The one who wins gets the lovely lady!

FUN FACT ABOUT ME

I technically don’t drink water; the water I drink comes from the tasty plants that I eat. I’m also considered nocturnal because I like to go out and look for food in the afternoon when the sun isn’t as hot.